James Wilson Marshall, a carpenter building a water-powered sawmill found flakes of gold in the river.

“It made my heart thump,” Marshall recalled later.

His discovery sparked the Gold Rush. 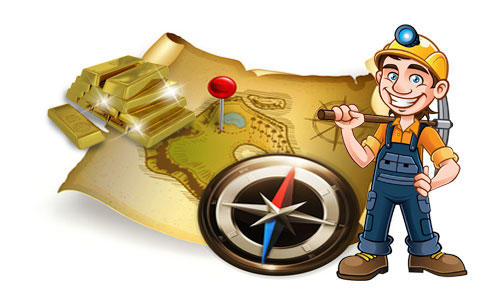 Throughout 1849, thousands of would-be gold miners, known as ’49ers,

spent their life savings or borrowed money to travel to California and chase the vision of fabulous wealth.

On the morning of January 24, 1848 Marshall was examining the channel below the mill when he noticed some shiny flecks in the channel bed. As later recounted by Marshall:

The metal was confirmed to be gold after members of Marshall's crew performed tests on the metal—boiling it in a lye solution and hammering it to test its malleability. Marshall, still primarily concerned with the completion of the sawmill, permitted his crew to search for gold during their free time.

By the time Marshall returned to Sutter's Fort, four days later, the war had ended and California was about to become an American possession. Marshall shared his discovery with Sutter, who performed further tests on the gold and told Marshall that it was "of the finest quality, of at least 23 karat [96% pure]." 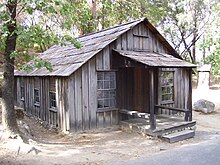 News of the discovery soon reached around the world. The immediate impact for Marshall was negative. His sawmill failed when all the able-bodied men in the area abandoned everything to search for gold. Before long, arriving hordes of prospectors forced him off his land. Marshall soon left the area.